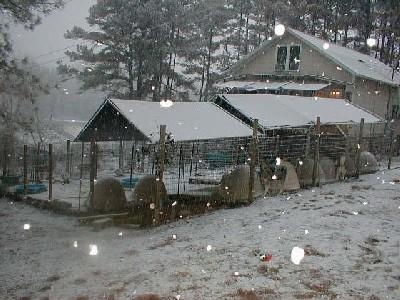 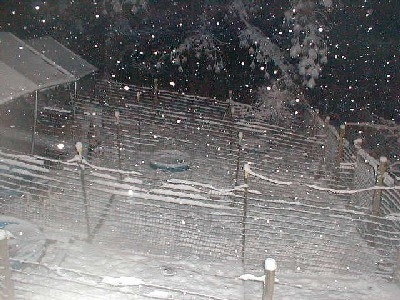 2003-5 West Side of House (would become Downhill Kennels)

So I needed to solve some problems we had in the Beside-the-house kennels:

The side yard before the dozers. 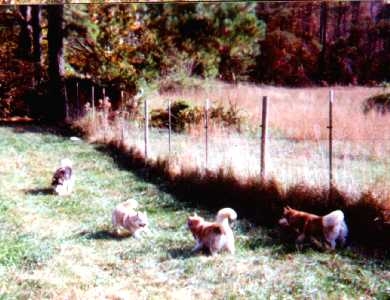 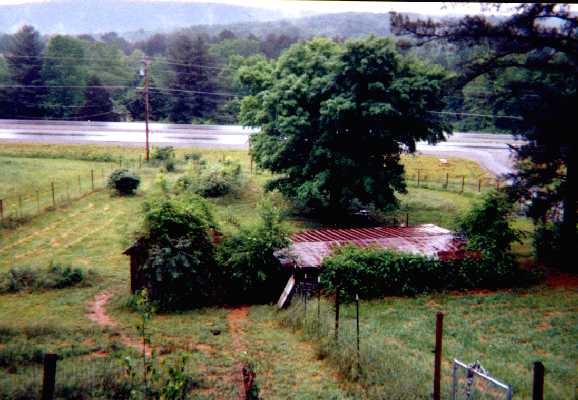 Then the dozers came. 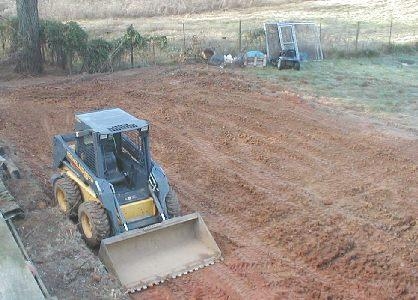 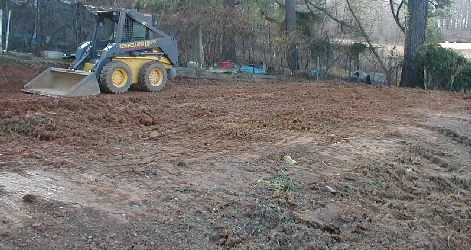 We build a retaining wall. 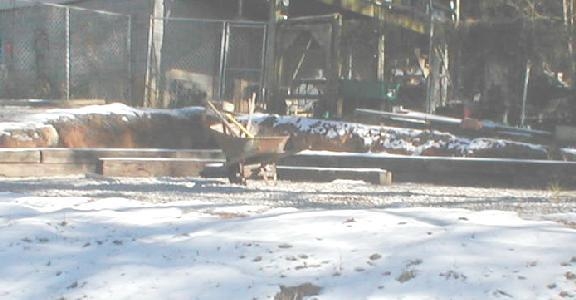 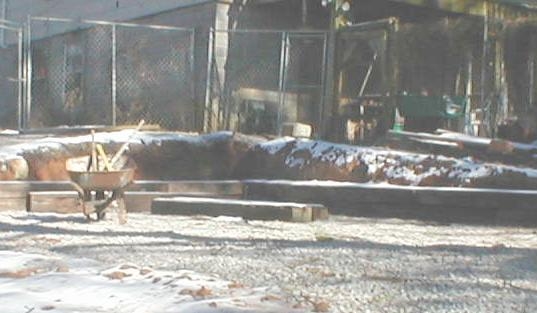 The airlock/sally port we set up as the main entrance. 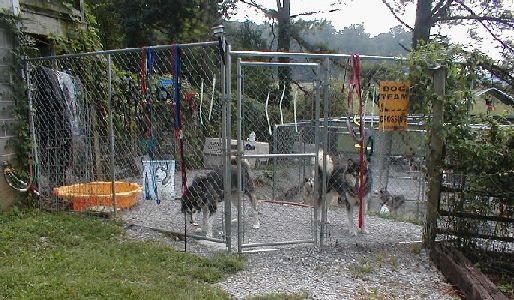 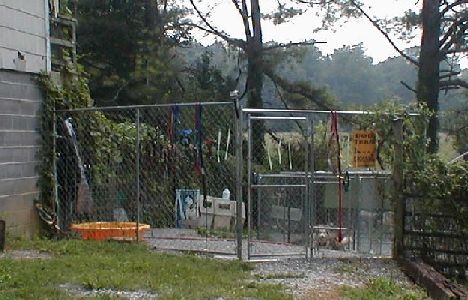 And we almost immediately ran into problems with the double-gate chainlink panels. Malamutes are destructive when they get a chance. 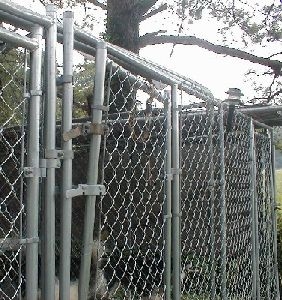 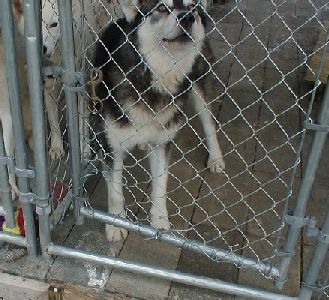 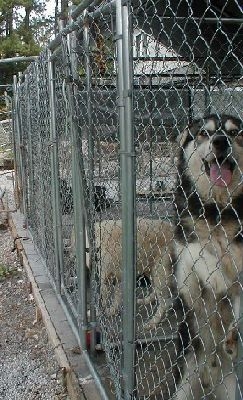 So after investigation, we found www.optionsplus.com PLATINUM series (Malamutes shred everything else, we know!) 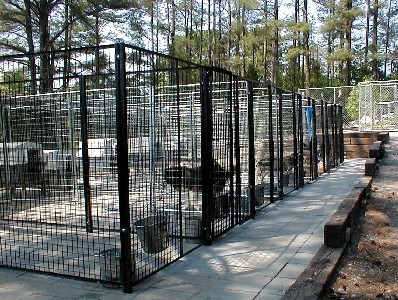 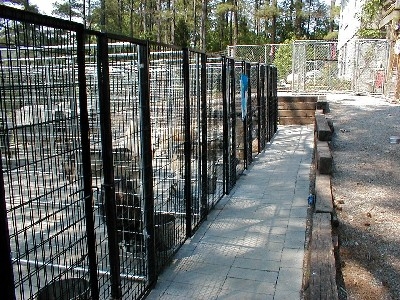 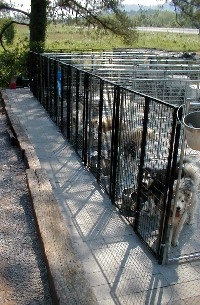 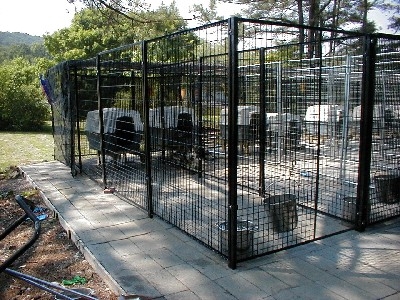 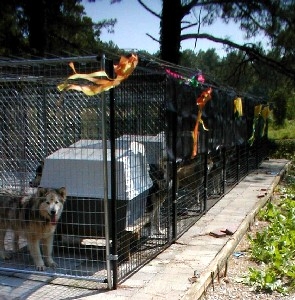 Building the kennels with dogs already in residence is a problem, but we had it to do because of a 22-Malamute rescue from Chattanooga. 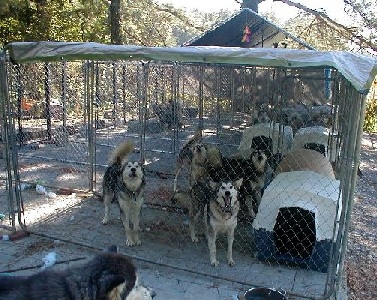 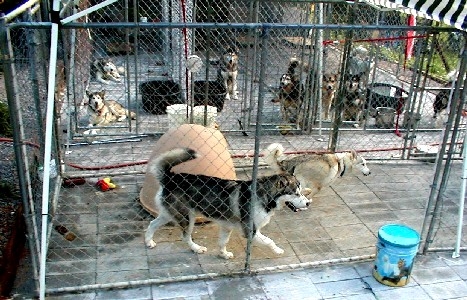 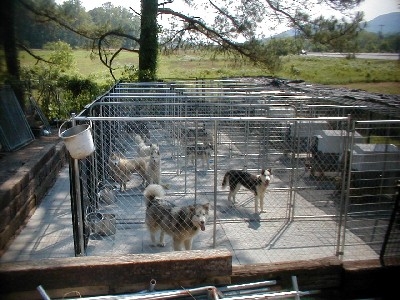 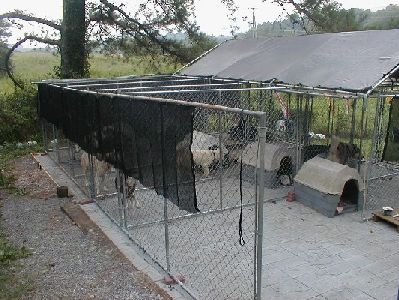 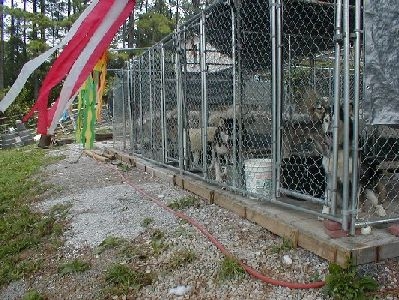 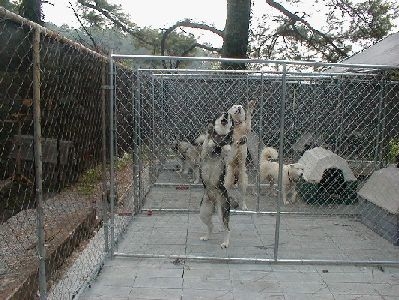 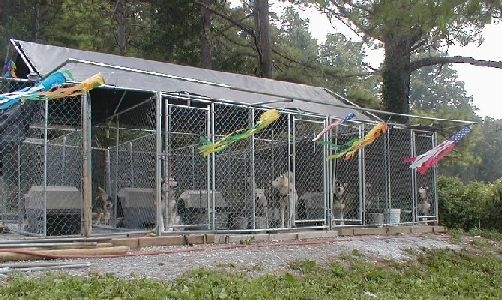 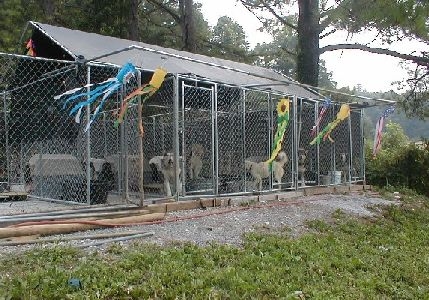 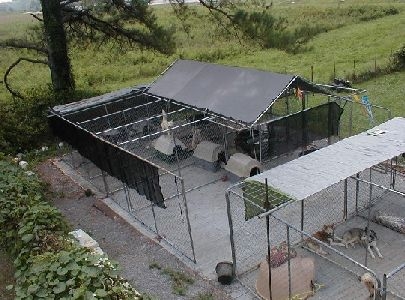 The configuration of north-south runs 5’x40′ was too narrow and caused fence-fighting and tension in the runs because the dogs could not get away from each other, so we rotated the whole thing to make 4ea 10×20 runs. 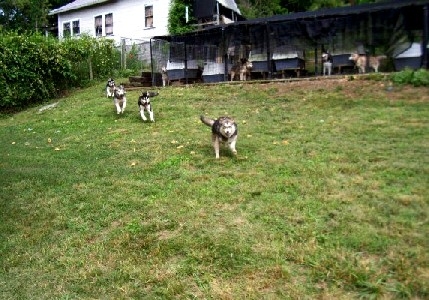 Meanwhile, we brought the dozers back and flattened the back yard and the existing gravel/permanent fence kennels and once graded smooth and sloping away from the house, we started building those kennels. 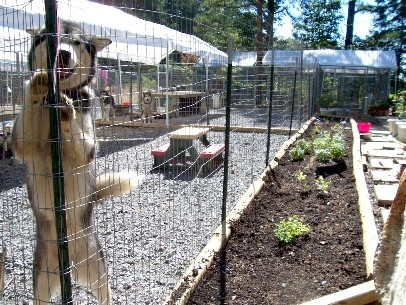 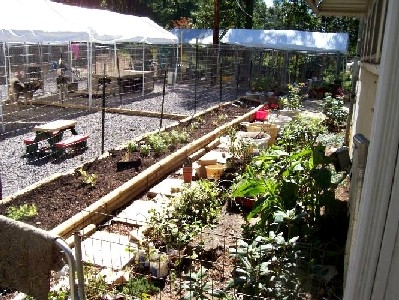 Then the snows arrived — a normal East Tennessee snow 1.5″. Melted off by 2pm the next day, everything was fine.