2/23/2019 – Oh, boy did we get rain. The basement flooded. We had drips where he had never had drips before. There were rushing creeks along the north and south property lines — which had never had water before. The spring branch became a pond. The sugar maple stood on an island. After the basement flooded, the dogs, thankfully, were moved to the kennels and were all snug in their newly roofed doghouses with cedar shavings thick and warm. But yikes… the waterline in the basement was only 2″, but that makes a huge difference to a dog in a floor-level wire crate. Sorry, kids! 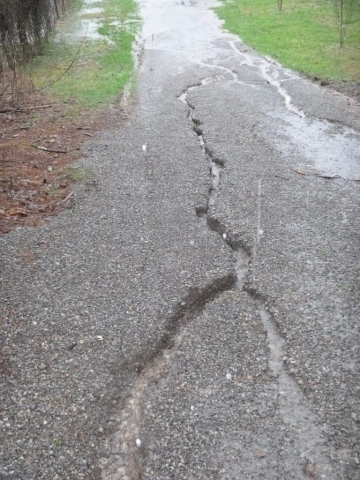 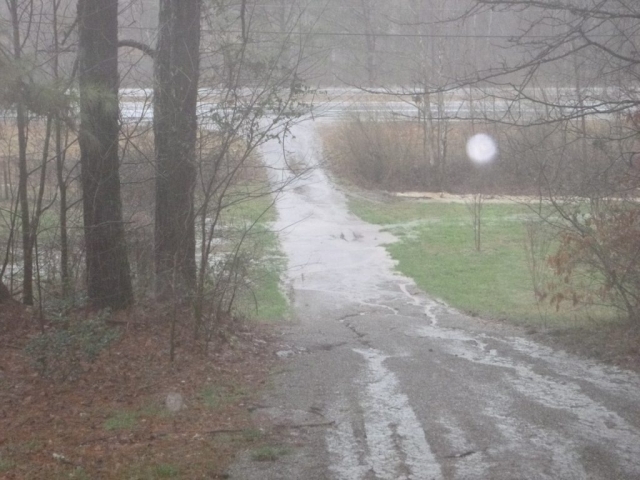 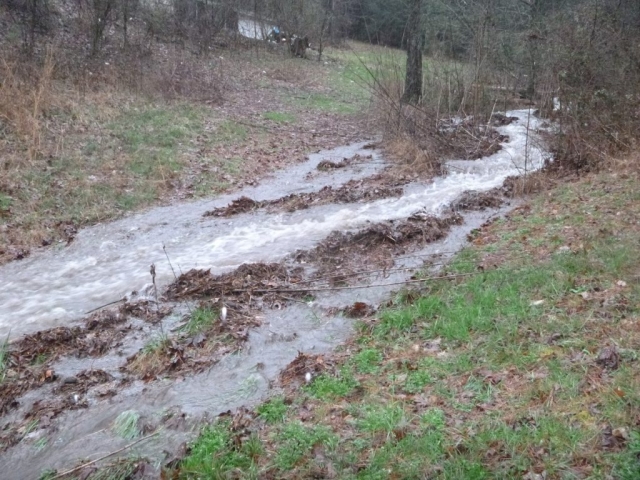 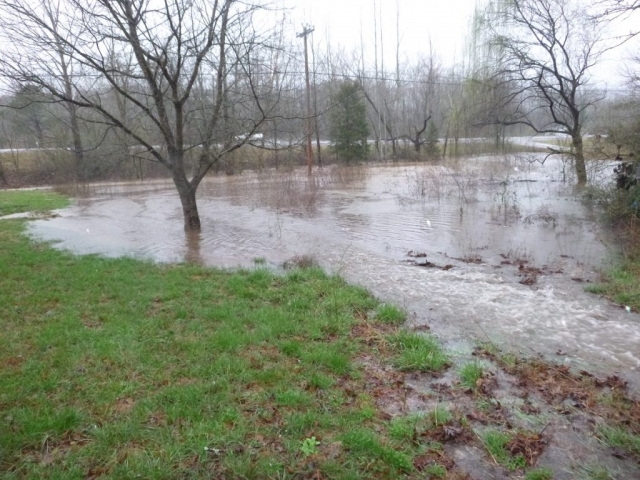 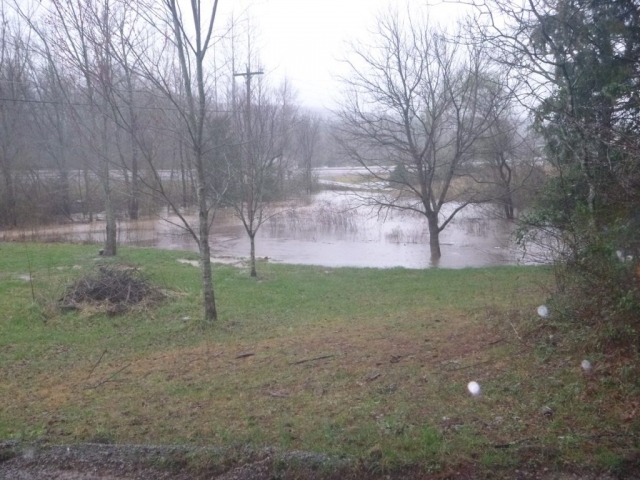 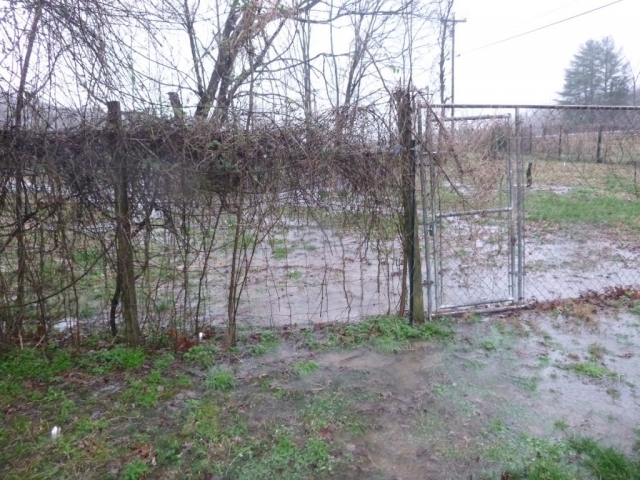 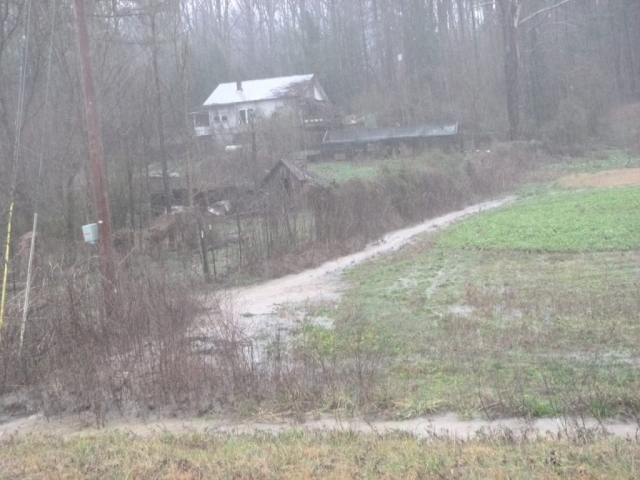 Spent Sunday with fans blowing, doors wide open in the cold, dry air after the storm, and push-brooming water over the thresholds. Never did find the incursion site. So I left the fans blowing, doors wide open Monday and went up the hill to spend the day with Sloany Baloney Macaroni and running the carpet shampoo-er because they were fighting a plumbing leak that completely flooded their carpeted basement.

Tuesday, thanks Londa H. (mom to Cougar & Sh-Boom, and then Alosha & Kira) who drove up with a borrowed truck and we spent the day shoveling 3 truck-loads of debris out of my concrete basement and hauling to the dump. Three-quarters done. Lost all the food stored on the floor. Lesson learned, EVERYTHING gets elevated from now on, even when there’s no room on the shelves, make room. I learned that lesson the first time 10 years ago but got lazy in the meantime. It was a lo-ong day and Londa had an even longer day with the 4-hour commute.

But baby Tok & Kira (Mensa & TD, IKKUNA litter) & mama Mensa got to try french fries and cheeseburgers. And they were a huge hit!

Thursday, Londa again drove up and we finished sweeping out the basement. Total 6 truck loads to the dump of flood-moldy stuff. But now the floor is swept clean, sprayed with Simple Green and fans blowing across nearly every inch of concrete. I have such plans to get more stuff out of here. The walls will need to be painted with Dam Tight, or something like it. There is some seepage. But most of the damage seems to be from massive water inundation because so much water came off the hill so fast that water had no where to go and ended up pouring into the south-side basement door.