“The coat is thick with a coarse guard coat of sufficient length to protect a woolly undercoat.”

“The Malamute has a thick, coarse guard coat, never long and soft. The undercoat is dense, from one to two inches in depth, oily and woolly. The coarse guard coat varies in length as does the undercoat. The coat is relatively short to medium along the sides of the body, with the length of the coat increasing around the shoulders and neck, down the back, over the rump, and in the breeching and plume. Malamutes usually have a shorter and less dense coat during the summer months. The Malamute is shown naturally. Trimming is not acceptable except to provide a clean cut appearance of feet.”

OK, the first thing to know about long-coats is that not every long coat is a long-coat (LC).

They can be long-coats, woollys, or spayed and all look the same. But the thing is, genetically, they are not the same.

There are modifiers to coat LENGTH that are called short, medium and long — unfortunately. There are modifiers to coat TEXTURE that include woolly (indicating soft and too-long if the person is sneering, or correct and thick if the person is smiling — such is the duality of language.) And if you have a correctly-textured bitch with a correct length and you spay her, her coat will often got HUGE and SOFT compared to what it was before she was spayed. So how do you know?

There are genetic tests but they don’t address modifiers. So why bother? Well, breeders might care if they have a known LC-carrier and want to breed it to another dog who is either a LC-carrier or a LC with short modifiers.

As well you should be.

So this is Bright. She’s got a huge soft coat, a ginormous tail, floofy britches, she’s a LC, right?

Well, this is also Bright, correctly harsh textured, correct length, no floofs or ginormous anything.

So, what happened between the two pictures? She was spayed and aged 8 years. Old lady spayed Malamutes often get huge soft coats. Even if they started out correctly textured. Not always. Her aunt had a lovely coat like a brillo brush her entire life, coarse, oily, waterproof, ice-proof, and shed out in minutes. Bright’s coat before she was spayed was like that. Afterwards, not so much.

Here’s another example, Justice as a 2yo in the show ring with texture for miles, and then after she was spayed, her coat went long and silky. 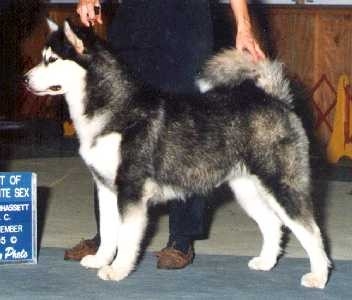 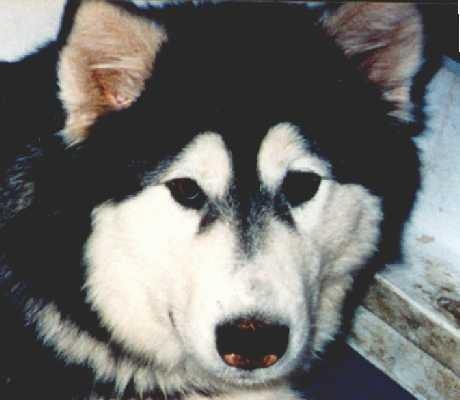 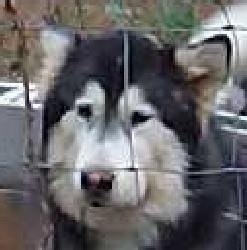 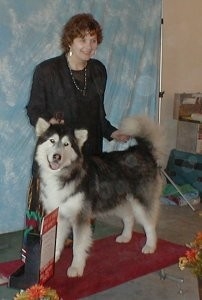 These are modifiers at work, long-coat is not a simple recessive with yes/no answers. Modifiers play their part as well.

Summer had a normal, coarse (correct), short-normal coat with almost no leg-coat so that bone in the picture was all bone, no hair, we tried like crazy to lift and separate every short little hair on her body for the show ring. She carried the long-coat gene. I’d call her a short-normal coarse coat & LC carrier.

(Carrier not implying anything negative in this context because I think the LC gene is necessary every several generations to keep correct coat length, otherwise the coats get shorter and tighter as you go.)

Now this boy has a medium-normal coat, plenty of texture and length, no panteloons or excessive britches, no excess hair on his legs (in fact he never carried much leg hair at all) but look at the floofy tail. Turns out he’s also a LC carrier.

Can you tell when they are babies?

You can tell LC or not at about 5 weeks. You can tell texture before the pet-spay. You can tell the DIRECTION the puppy is headed, without knowing exactly how much the coat will grow after maturity, after spaying, etc. 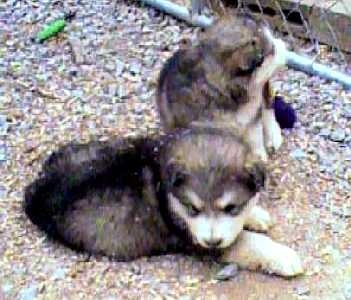 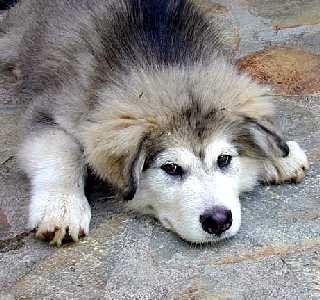 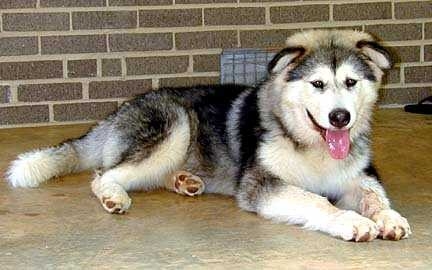 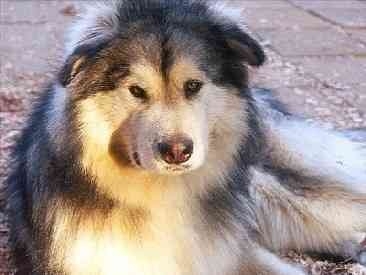 This is Keeper, he’s unmistakably a LC from 4 weeks, there’s just so much extra hair. Interestingly at 6 months, before his neuter, it looked like he might grow into all that hair. Didn’t turn out that way. The hair is harsh, coarse, and there is so much of it, it drapes from the center line. 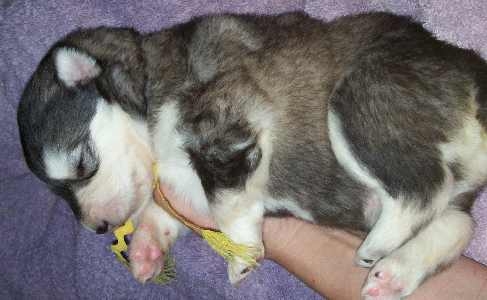 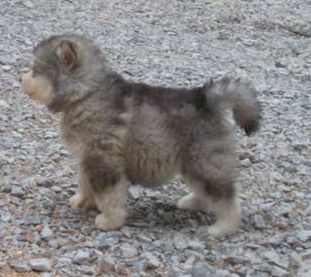 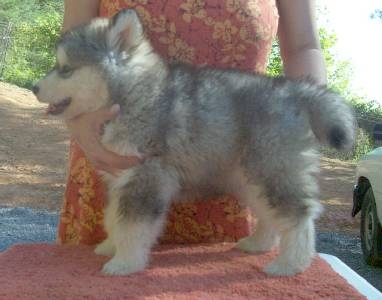 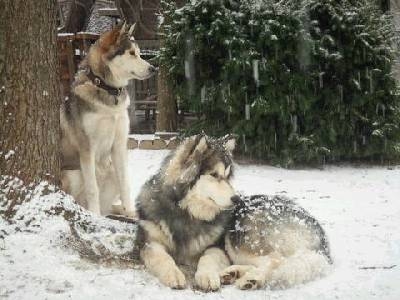 Long-coats are glorious with all that Fabio hair blowing in the icy wind, but sometimes they aren’t so fabulous. For the most part long-coats need to be housedogs, not kennel dogs or yard dogs, they need to sleep on the couch and be underfoot every waking moment so you can tend to all that Fabio fabulousness. Because yes, they require extra work, but people who have them think they are worth it. So either take them to the groomers or get real handy with a brush, because they don’t have that shed-out-at-2pm coat that normal-length coats often have. 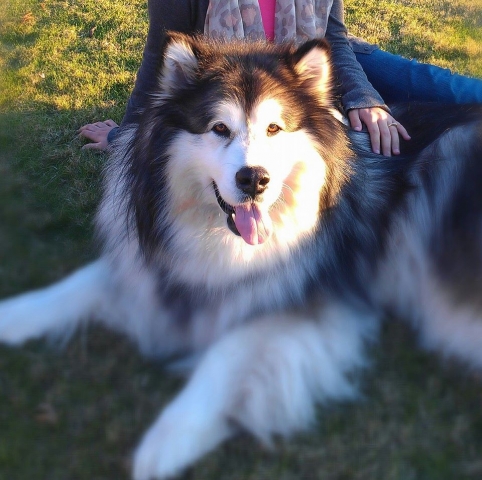 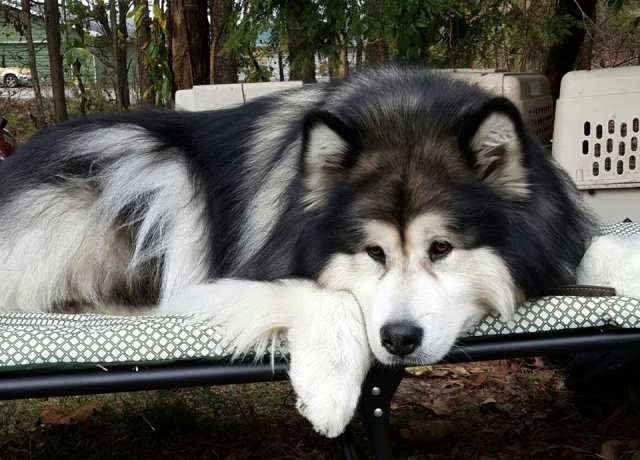 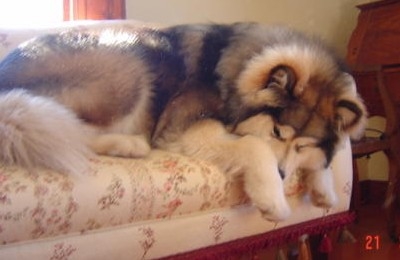 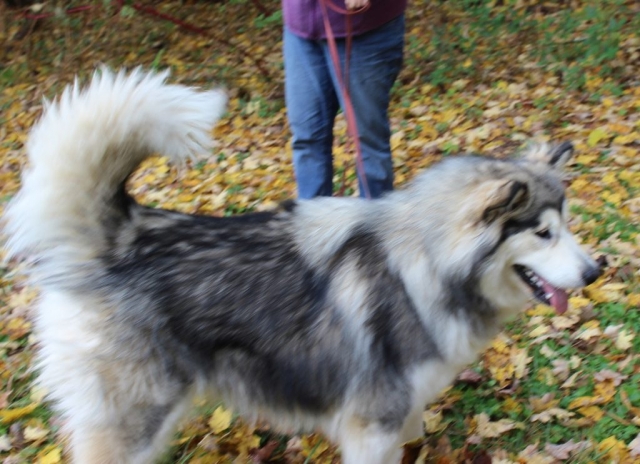 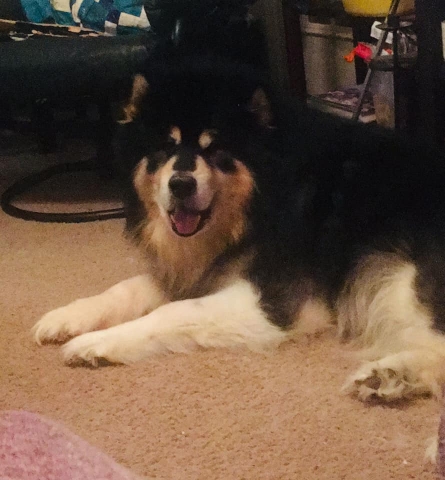 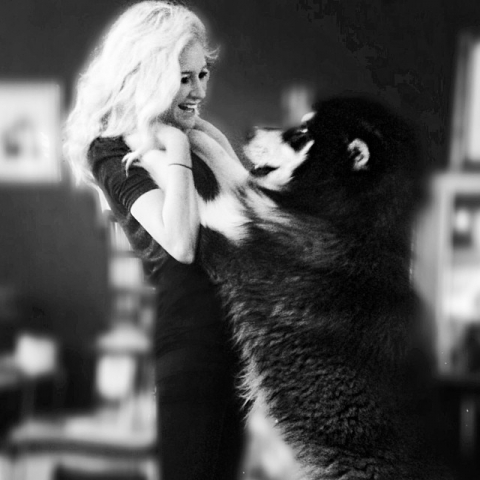 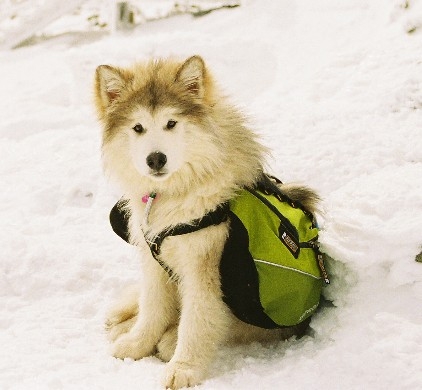 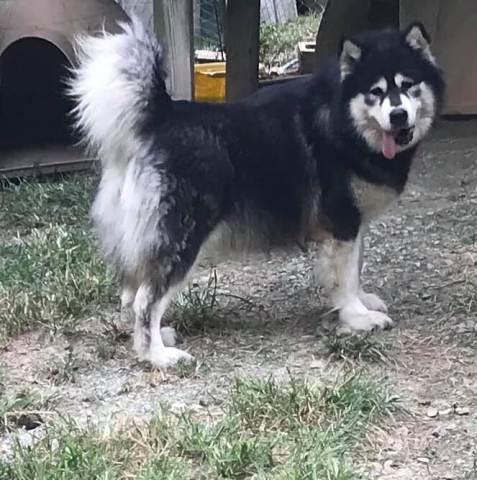 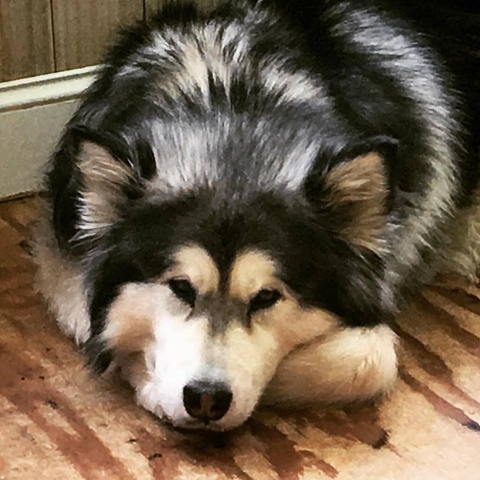